In November 2016 the Matuku Reserve Trust was able to buy 37 hectares of bush and wetland, naming it “Matuku Link”, after an intensive fundraising campaign. Buying it ensured the safety of the wildlife and forms a vital connection by linking neighbouring eco-restoration projects Ark in the Park; Habitat te Henga and the Forest & Bird reserve Matuku. Over 90% of New Zealand’s wetlands have been drained or filled, yet on Auckland’s doorstep is Te Henga wetland, the largest wetland in the region.

Matuku Link, at the head of the Te Henga wetland, consists of river flats at the foot of a large native forest block in Auckland’s Waitakere River valley. It is a home to rare wetland species such as our namesake matuku (Australasian bittern), puweto (spotless crake), pateke (brown teal), freshwater fish species and native bats foraging along the river forest edge. The kauri and broadleaf forest is home to many bush birds like kereru, fantail, tui, ruru, and tomtits.

Regular volunteer days have resulted in many thousands of trees, sedges, & reeds being planted to restore the alluvial flats to a range of wetland habitats. These plants are eco-sourced and grown in our own nursery tended by volunteers.
Ponds have been created with interconnecting boardwalks and trails made accessible for people of all abilities while the old barn has been transformed into a sustainable Wetland Education Centre and volunteer meeting place.  More info about us here.

Our regular working bees are every Third Sunday of the month and every Tuesday morning. Depending on the weather, tasks will be around weeding, planting, growing plants in the nursery, doing predator control or building work. More info here.

We are also looking for more volunteers who are interested in helping with our school education days and school holiday programme days – these are always a fun time and a great chance to learn and share knowledge with the next generation.

Please contact Annalily using the form below with questions, or if you’d like to join us and it’s your first time out to Matuku Link. We’d love to welcome you here!

Helping out in other ways

Nothing is possible without our valued funders, donors and supporters. Matuku Reserve Trust is a charitable trust so any donation over $5 is tax deductible. Please consider becoming a supporter, more info here.

Thank you to our many generous sponsors and individuals who have helped us with in-kind or financial contributions! 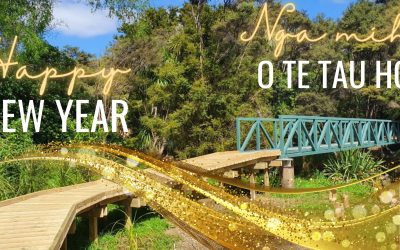 2022 was the biggest year for us yet... with the Jobs4Nature funding we employed at one point seven people! Add that to all the work done by our volunteers and you can imagine a lot happened last year. The pictures below don't do it justice at all, however they are a...

END_OF_DOCUMENT_TOKEN_TO_BE_REPLACED 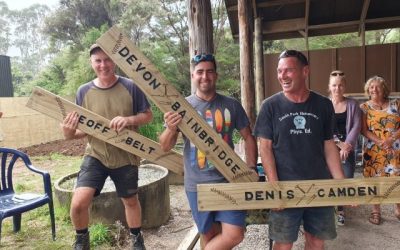 It was the silver lining to the covid cloud: receiving Jobs4Nature funding to be able to employ people to help us at Matuku Link. From November 2020 to December 2022 we have had Nic, Christine, Stephen, Stephanie, Gillian, Devon, Jeff, Denis and myself employed for...

END_OF_DOCUMENT_TOKEN_TO_BE_REPLACED 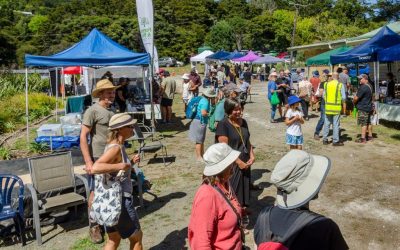 Usually visits to Matuku Link are by appointment only, for working bees, events or education. But now our Annual Open Day is almost upon us! Celebrating World Wetland Day on the 25th of February,  from 10 am to 3 pm and we're inviting everyone. If  you've been before,...