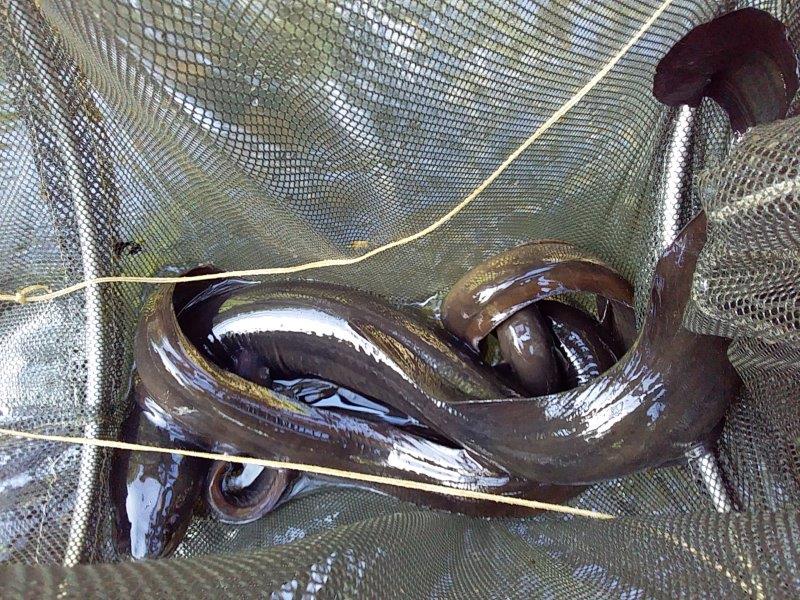 During several days in October and November 2019, Stephand colleagues from Whitebait Connection came to survey the ponds, streams and rivers at Matuku Link. Assisted by some of our volunteers, they monitored koura (crayfish) and several fish species. This is her report:

Whitebait Connection have been working in the Bethells Te Henga catchment over the last couple of years to identify a possible Inanga spawning site. Matuku Link provides a potential habitat for the adult fish of these whitebait species. Inanga are one of the 5 native species of fish that make up the Whitebait catch. They are classified as ‘at risk’ (Conservation of New Zealand Fish Species 2017, DOC). Further work this year will be focused on possible restoration and protection of the site.

As we set out in the evening we were  pleased the weather was playing fair and proceeded to set up our 18 g-minnow traps and 3 fyke nets with hopes and dreams that we might catch something. Traps were set in the main Waitakere River that flows through Matuku Link and among the small ponds and waterways in that feed into it. We carried out some water quality testing on the main stream including, temperature, clarity, pH, nitrates, phosphorus, dissolved oxygen and macroinvertebrates (including some very lively swimming mayflies!). All tests showed the stream was within good healthy parameters at the time of testing.

Our spotlighting trip found some great Koura habitat in the pebbled stream in the bush, with several active Koura (Paranephrops planifrons) seen. Ruru calls followed us as we adventured along the stream and we turned off our headlights to reveal that unique starry sparkle of glowworms in the bush. We saw one bully and a big Dragonfly nymph, dragonflies spend most of their lives in this nymph phase before emerging into the adult dragonfly.

On our return we saw we had caught an eel and a beautiful Banded Kokopu in one of our fyke nets, unfortunately or maybe fortunately for the eel, just the eel was left the following day.

The following day we were tasked with checking all the traps and our Whakeweku/Tau Koura monitoring points that we set up in October. The Whakaweku are based on a traditional technique that Maori would have used in some areas for gathering Koura. Branches are bundled together, secured and immersed in the waterway to provide some habitat and a hiding place for the Koura. They also create natural habitat for stream macroinvertebrates.

We had Whakaweku/Tau Koura set up in 9 locations, only one contained Koura when checked – in the lower pool of the bush where we had seen them when spotlighting. 3 individuals were present (10.4mm, 15 mm & 17.2 mm). The other Whakaweku/Tau Koura did however reveal a good quantity of healthy stream macroinvertebrates; dragonfly nymphs, water boatmen, left-handed snails, damselfly nymphs, flat mayflies, net building caddisfly, dobsonfly, meaning there is some good habitat and food for our native fish.

The fish monitoring was successful, we found both Long-finned (Anguilla dieffenbachii) and Short-finned eels (Anguilla australis), Common bullies (Gobiomorphus cotidianus), Cran’s bully (Gobiomorphus basalis), Gambusia affinis (introduced pest fish), and Banded Kokopu (Galaxias fasciatus). Banded Kokopu are one of the 5 species caught within the Whitebait catch and are considered good climbers. Two adult fish we found had made their way into the bush tributary and up some small waterfalls. Unfortunately not all our species of native fish have such strong climbing ability and are often challenged by stream modification and culverts. 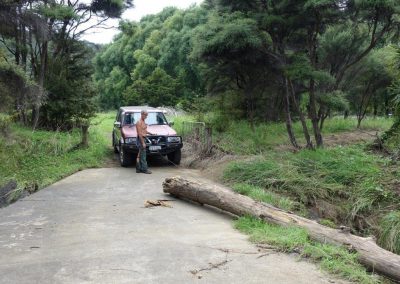 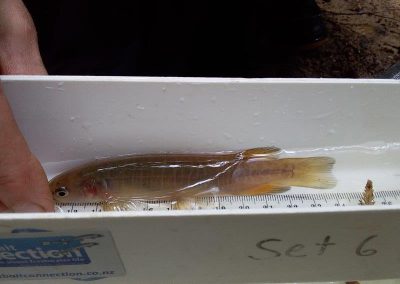 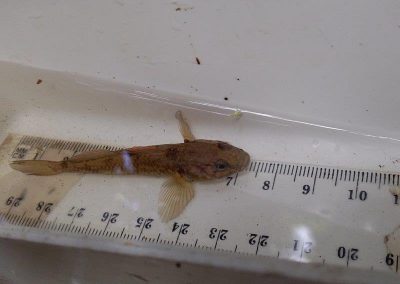 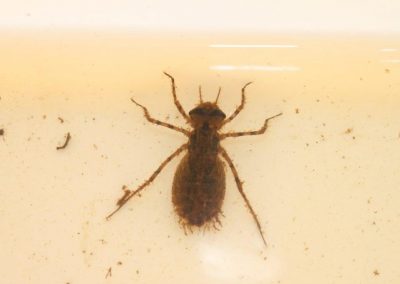 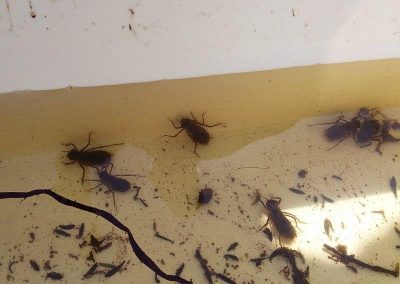 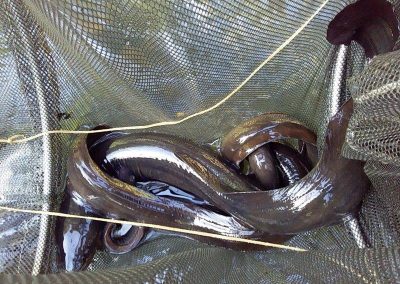 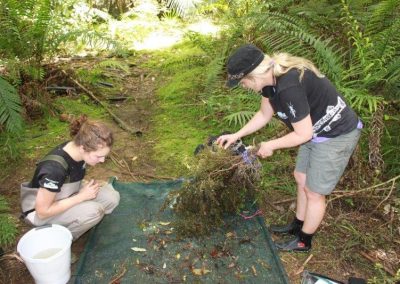 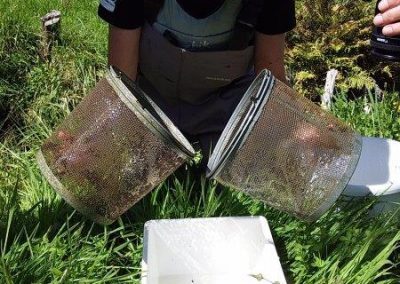 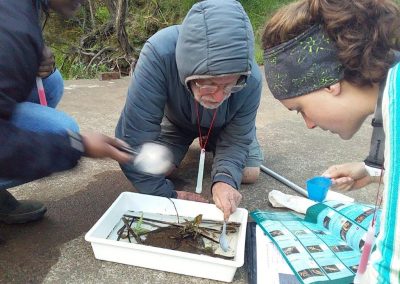 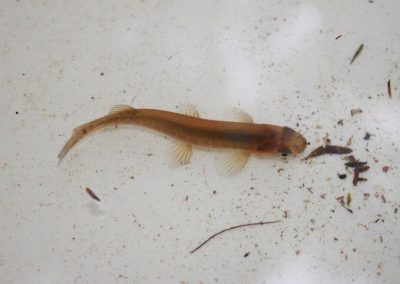 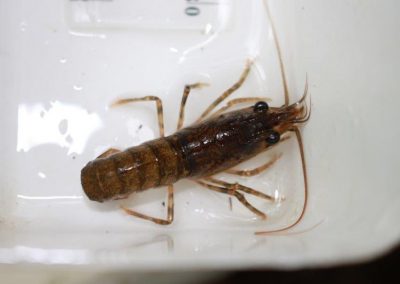 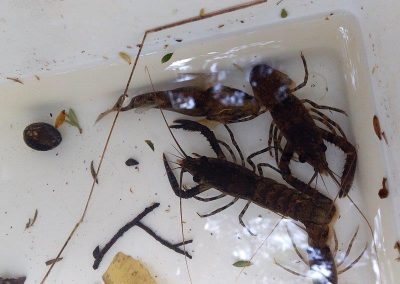