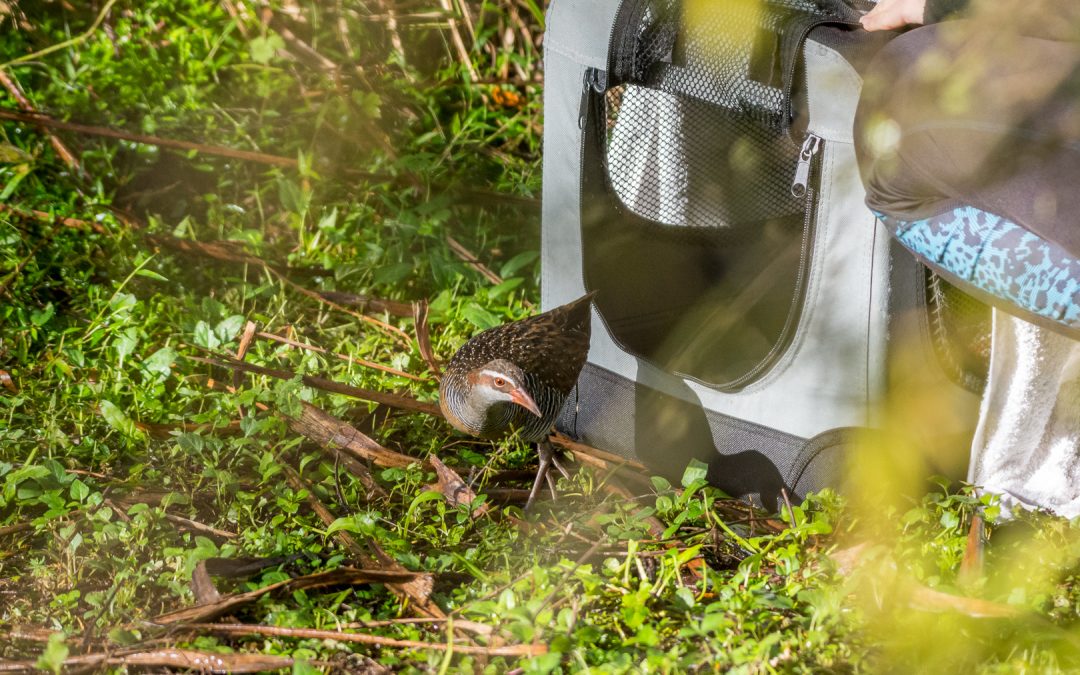 And yes they were off but not as fast as you might have thought. Last week three moho peruru  [banded rails] were released at Matuku Link having been raised as day-olds by BirdCare Aotearoa. Two brought into a house by the family cat, and the other probably in similar circumstances.

Dedicated care by staff included initial half hourly feeds and finally they were heavy enough for a release. We had hoped to be able to invite lots of people to this special release, but it turns out that banded rail are very susceptible to stress – this release was the third try. First time they lost a lot of weight after being moved at BirdCare Aotearoa from their inside pen to their outside aviary, second time the weather was deemed too cold and rainy. In the best interest of the birds it was decided to just invite the people closest involved with their care, from BirdCare Aotearoa as well as from Matuku Link. And a photographer and videographer of course, to help spread the word on these beautiful and rare taonga. A high school student with her parents researching banded rail was also very fortunate to join, as part of her education project. The rest of the world just has to make do with the videos and photographs…

Banded rail were once common from Rakiura to the Three Kings in wetlands but now are mainly restricted to mangrove & coastal wetlands. These three hesitantly exited their cage allowing us all a good look before they disappeared.

Hopefully these three birds will find partners (all three are male, as DNA testing showed) and have a productive life here at Matuku Link and Habitat te Henga.

Have a look at these two cute videos here on YouTube:

All images by our voluntary professional photographer Stefan Marks – thank you! 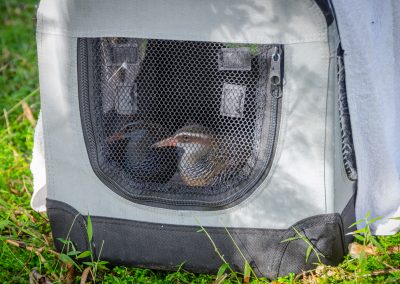 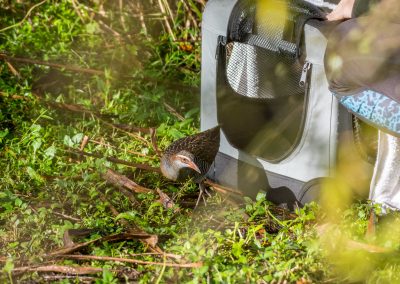 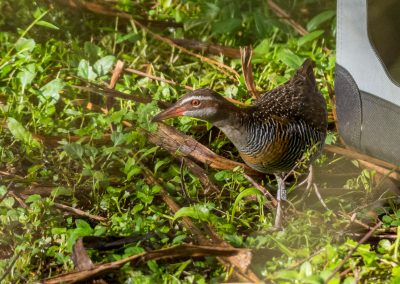 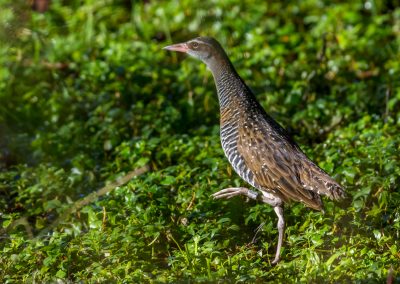 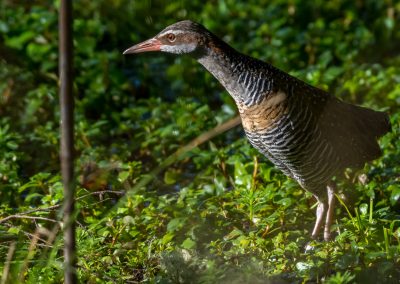 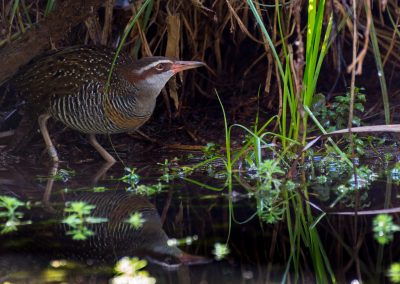 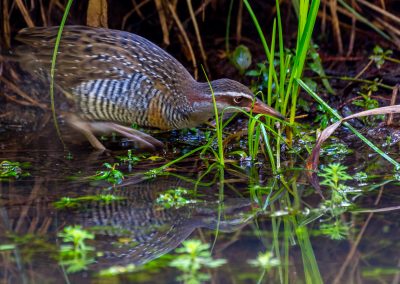 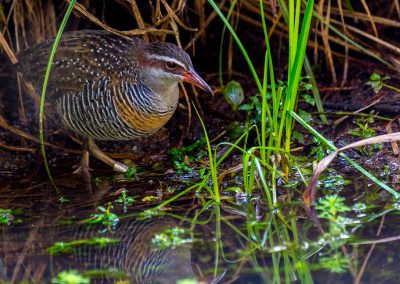 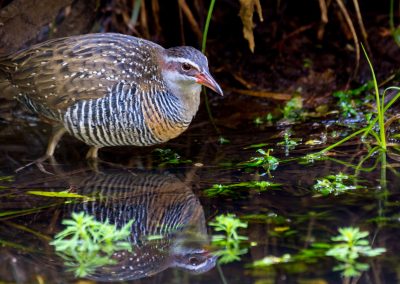 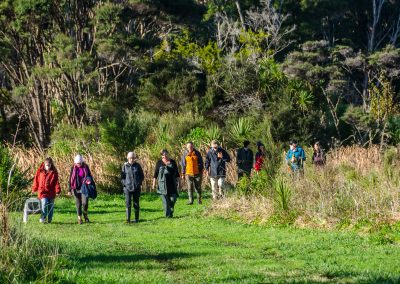 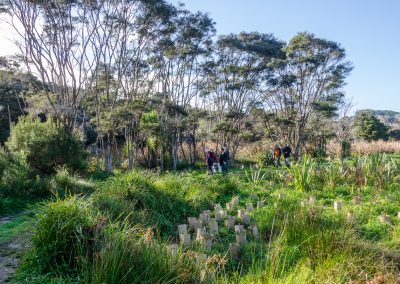 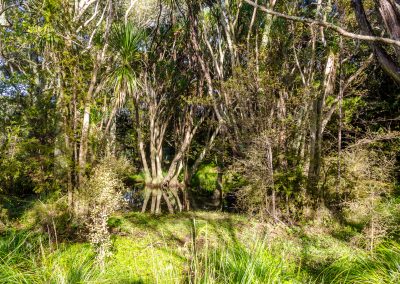