No bridge too far 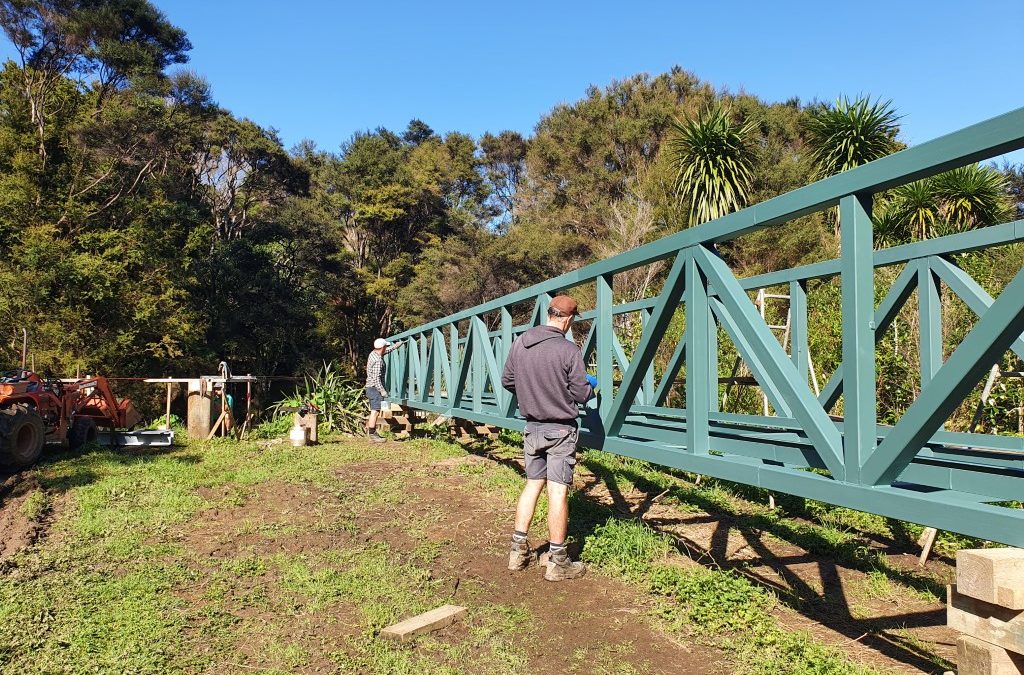 Many years ago John Sumich needed to cross over the Waitakere River to release the first batch of 20 pateke (brown teal) in the Te Henga wetland. He asked Fulton Hogan in Ranui if they might have a bridge, and they did: a 71 meter long one! John politely declined and built a raft in stead, to cross the three meter wide stream.

Several years later and further upstream, a rusty undercarriage was pretending to be a bridge. John remembered the bridge and went back to Fulton Hogan. By now, that bridge had been cut in pieces and used in several other projects. One 21 meter long part was currently in Glen Innes as temporary overpass and might become available at the end of its use there. It did, and not only did FultonHogan Ranui cut the bridge to size, they also brought it over to Matuku Link!

However, a bridge needs foundations, and we needed to be certain it would be safe – an engineer was engaged (thank you Julius from Torless in Christchurch!), posts were rammed (thank you Spiral Drillers!), abutments welded (thank you Airdie Engineering!) and finally our incredible Jobs4Nature team of Devon, Jeff and Denis worked for weeks on cleaning, sanding, de-rusting, washing, priming and finally painting the bridge (thank you SBN for funding and Altex for the paint!). Finally, MachineryMovers lifted the bridge in place – some final tweaks and the bridge will be safe and ready to be used. None would have been possible without the generous funding of the Lotteries Environment Grant and everyone who donated their time and materials. All of this was done in the wettest July ever on record – quite a feat!

With just a little piece of boardwalk to be build, we are getting closer and closer to our aim of an accessible route from the Wetland Education Centre to our Pateke Pond lookout.

Hope to see you at our Birthday Celebration Party to show off our beautiful bridge… painted in the appropriate color ‘bridge teal’…. 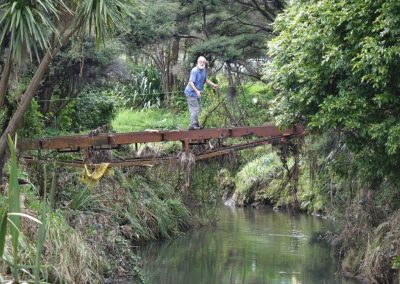 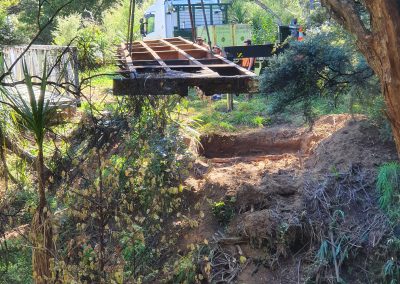 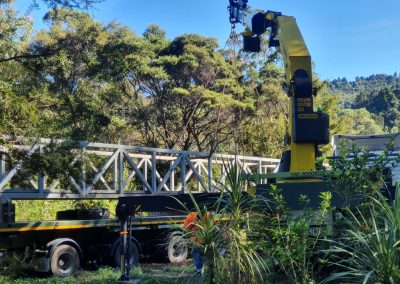 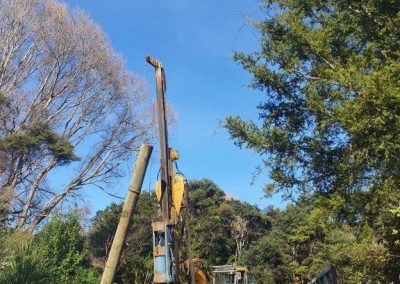 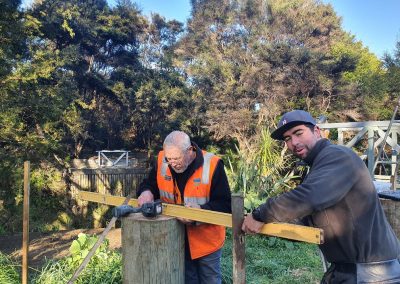 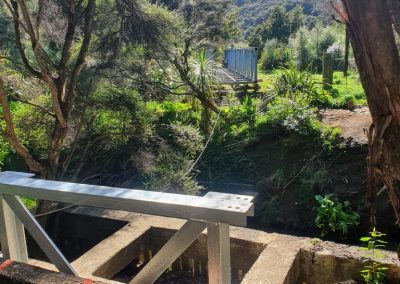 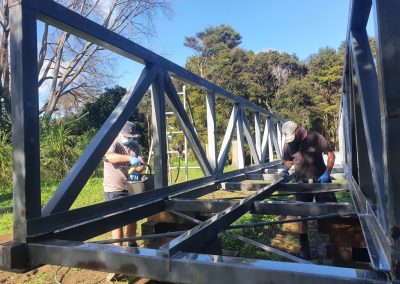 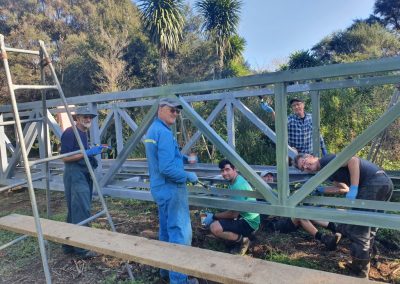 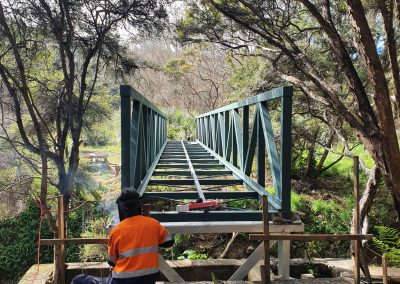 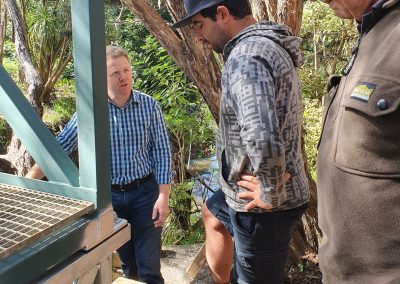 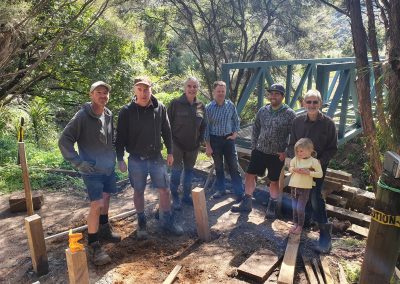 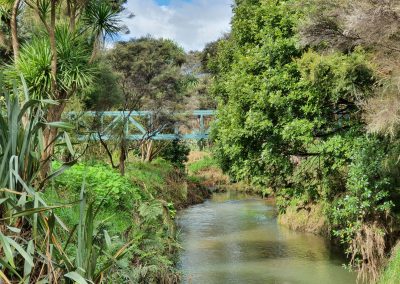